When visiting London there are so many amazing places where you can enjoy your photography, from the Houses of Parliament to Tower Bridge and beyond. Here we offer some tips for a selection of London’s best photography spots you won’t want to miss.

A classic St Paul’s Cathedral shot can be taken from One New Change that has mirrored wall buildings on either side with St Paul’s Cathedral sitting at the end. Another good spot is to take the lift to the top of New Change. Sunset offers much better light. Another option is to take a photo from the Millennium Bridge looking towards St Paul’s, though to beat the crowds on the bridge, aim for a sunrise picture.

There is an island in the middle of the road where you can take a shot of Tower Bridge looking straight along through the arches. Try taking a photo at night using a tripod and a long exposure to create a ‘paint with light’ effect of light trails. The Girl and Dolphin Statue by David Wynne can be found on the north side of the River Thames close to The Tower Hotel. This is a great location to take a photograph of Tower Bridge.

Probably the most famous and popular attraction in London. With traffic passing close to the Palace, your best photo will be taken early in the morning before traffic builds up. Take a photo from the fountain in front of the Palace gates. If you’re there for the changing of the guard, the best spot is at the back near the gardens on the left-hand side as you’re facing the palace. When the guards leave they should be marching directly towards you.

View from the Shard

Offering spectacular 360 degree views of London, you can take your photographs from the Shard’s viewing platform on the top floor. This is also a great place for sunset photos of the London skyline. Tickets are pre-booked, timed and dated, though you may be lucky to book a ticket on the day, though for a slightly higher fee.

Kings Cross has an amazing multicoloured light tunnel on the underground walkways that connect St Pancras with Kings Cross station. The interior of the waiting hall has a fabulous ceiling that is also worth photographing. Embankment station has some stunning tiled tunnels and Waterloo station offers curved platforms.

With a stunning interior and glass roof, this market place is in one of London’s financial districts, and looks extremely elegant. Using a wide angle lens will create the best photos. Burlington Arcade in Piccadilly has the same elegant architecture and probably the most luxurious shops in the capital.

The Natural History Museum has incredible architecture, in particular in the main hall. Try using a wide angle lens to take a picture from the top of the stairs to show off the architecture that runs the length of the ceiling. Admission is free.

If you want to take photographs of London’s street life, head to Notting Hill for some beautiful and colourful pictures along Portobello Road. It’s not just a great place for photographs, it’s also just a good place visit. Another good spot for photography away from Portobello Road is around Hillgate Place and Campden Hill Road. The Churchill Arms pub near Notting Hill Gate is perhaps the most decorated pub in London, having about a dozen Union Jack flags flying and blooms at every window box. Stop by for a drink as well as a photograph.

A great sight at night with it’s neon displays is Piccadilly Circus. Not easy to photograph at night because of the contrasting light, but try to use HDR for a good exposure. Long exposure rarely works as the screens are constantly changing. Reflections in puddles also work really well here.

The Houses of Parliament is one of London’s most photographed buildings. For some of the best spots go directly opposite, on the other side of the river, and take pictures in the small archway. There are also the steps above the archway that lead from Westminster Bridge down to the walkway. The sun often sets behind the building for a great photo. Waterloo Bridge also provides a spot to capture pictures towards the Houses of Parliament.

Due to heightened security, you may be asked what you’re doing if you’re looking to take photographs, and this is quite usual. One of the best spots for taking pictures of Canary Wharf is from Cabot Square. Also, near Canary Wharf is a pool of water called Blackwall Basin from where you can take a picture of the wharf. 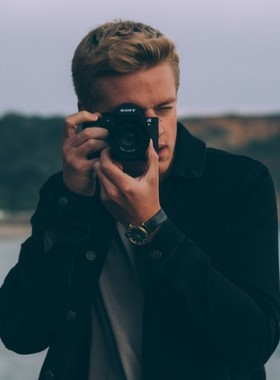 Photography can be an expensive hobby when you factor in the lenses, computer software, lighting kits and an upgraded camera doesn’t come cheap either. Knowing the specific item to get for your photographer when thinking of ideas for gifts is not simple. There are so many accessories available, but it’s easy to make a mistake and find out your gifts are not compatible with their equipment. You can of course ask precisely what it is they would like as gifts, but if you would prefer an element of surprise we’ve listed some practical ideas that we believe any photographer will enjoy, as they let them display their artistic passion in creative ways.

Before digital cameras, thousands of people managed to take a lot of photos. Now it is possible to scan old 35mm slide and film and create digital versions with high resolution for clear pictures. Photo scanners will digitise all film and also all prints. Most scanners provide photo-friendly features, such as high resolution and the ability to scan transparencies such as slides and negatives in addition to photo prints. Some scanners also include software to help retouch and remove scratches. Though geared to photo scanning, most photo scanners can also be used for general-purpose scanning, and some include optical character recognition software. This is one of the best gifts for older people who can introduce the younger generation to pictures from their younger days.

A simpler version of a scanner that does not cost so much, but still allows the sharing of film negatives with friends and family, is a smartphone film photo scanner. All you need to do is insert the film into the scanner, turn on the device’s back-light and start snapping photos of the negative with the smartphone’s camera. This device also comes with a free app that allows you to edit images before uploading them to social media.